Being an “Everyday Leader”

This past Monday I met with the LITs for their weekly leadership training. I showed them a TED Talk by Drew Dudley called “Everyday Leadership.” In his talk Dudley says that many folks convince themselves they aren’t leaders because they’re not doing anything huge to change the world. But this is a misguided way of thinking about leadership, he explains. He gives the example of how, during college, he unknowingly had a big impact on another student’s life just by offering her a lollipop, alongside with some words of kindness and humor. What he did put this nervous freshman at ease and gave her the encouragement she needed to begin a new phase in her life. Dudley would have never known about this had not this student, four years later, told him how much what he did meant to her. He was shocked, especially since he had no recollection of the “lollipop moment!”

It can be “scary to think of ourselves as that powerful,” says Dudley. “It can be frightening to think that we can matter that much to other people, because as long as we make leadership something bigger than us, as long as we keep leadership something beyond us, as long as we make it about changing the world, we give ourselves an excuse not to expect it every day from ourselves and from each other.” This is an important message for all of us to hear, and it’s one that the LITs really appreciated hearing. It can be intimidating to be called a leader, and this is particularly true for teenagers, I think. Teens tend to think they’re different from everyone else but, ironically, they’re all about following one another (and their favorite celebrities and fashions and whatever else!). I hope the LITs left feeling more empowered and ready to be leaders at camp, back home, and wherever they find themselves in the future.

All of us have the chance to be everyday leaders. Whether it’s a smile, a thumbs up, a word of encouragement, or sitting with and listening to someone who’s having a rough day, we never know the sort of impact we can have on another person. Whenever we offer something positive to someone else, no matter how insignificant it may seem at the time, we are being leaders. So may God’s Spirit open our hearts and minds to those around us, and lead us to many “lollipop moments” throughout our lives! 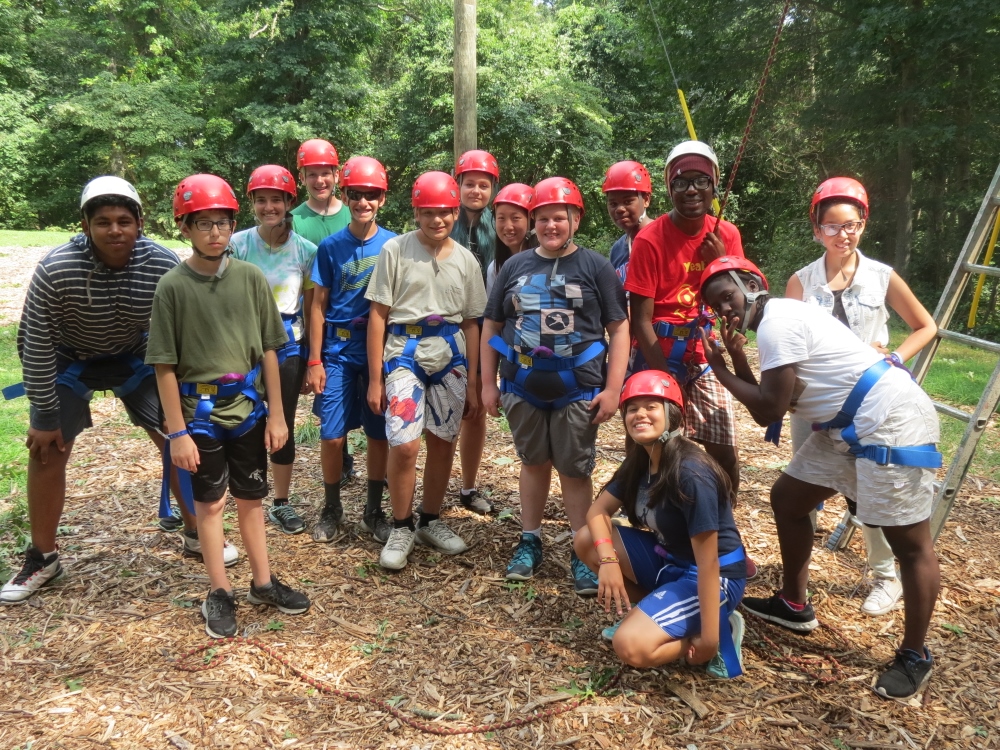 LITs serving on the Challenge Course