As I prepare for my final batch of campers to pack their bags and return home tomorrow, I think back to their first days at camp, as I do at the end of every session. I remember them bounding into the cabin, claiming the much sought-after top bunks, unloading their clothes, and beginning to make camp their home, whether for the first time or the fifth. I got to watch as strangers became acquaintances and then friends, the quietest campers break slowly out of their shells, and be a part of the bond that can only happen when you put nine young women in a cabin together for a few weeks. I never cease to be amazed by the growth I am witness to over a camp session. In my drama classes, I got to see kids who would barely speak the first lesson have the rest of the class in stitches of laughter by the end from their performances. As a lifeguard, I saw kids who could barely doggy paddle swim confident laps across the pool. In cabin devos, I saw my girls’ relationship with God grow deeper as they learned more about their faith and understand what it means to live life trying to be like Christ. These moments make up for every bit of exhaustion, fatigue, and frustration I feel over the course of a camp session.

But as camp draws to a close, I not only think of my campers’ growth, but of my own. I remember the days before the campers arrived, when I wondered to myself, do I know what I’m doing? What if I don’t know what to say or do? I remember seeing my very first camper sprinting with her suitcase to the cabin, and thinking oh boy, here we go. But I immediately discovered that my fears were for naught. I had no reason to worry about being unprepared. Though working with children is challenging, I found that I knew more than I thought I did about interacting with them, and maintaining authority while being a friendly figure. I went from a quiet counselor to one who was able to lead a session on pirate lingo during Discovery camp’s pirate-themed weekend. I went from nervously twirling my whistle by the pool to one of the most confident lifeguards. I discovered a nearly limitless supply of energy to maintain enthusiasm and positive energy among the campers even when I myself was tired. Midway through Adventure, I was even awarded Counselor of the Week, something I certainly could not have earned at the beginning of camp. I could not be more grateful for the growth this summer has given me, and am excited for what my future with Camp DeWolfe holds! 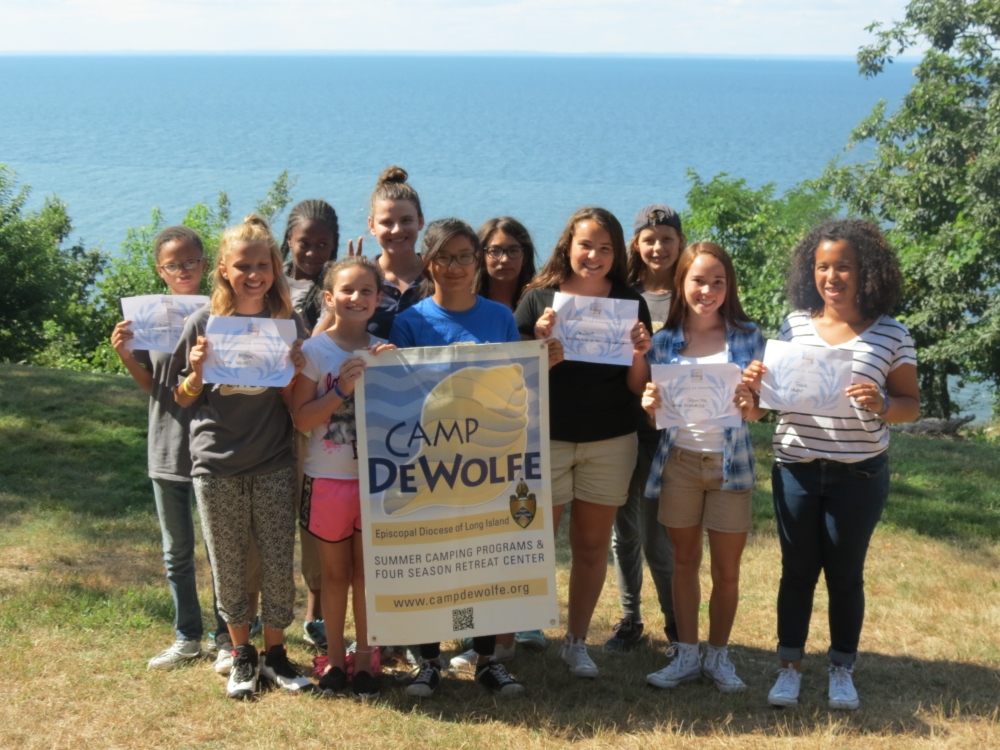