I arrived at camp not quite knowing what to expect, joining a program I had not previously done and preparing to lead two brand new activity areas at Camp DeWolfe. Staff training helped me to settle in quickly though and through the team building exercises and various courses undertaken by staff a strong and purposeful community was formed ready for the campers to join! Explorer camp began and was a wonderful start to the camp season, the preparations for my fishing activity began to bear fruit at last and I had a cabin full of excited children, I quickly realized that patience was going to be a key attribute over the next few weeks.

Following Explorer camp, Discovery began as did my second and third activity areas, wilderness and rocketry. I quickly realized that explorer was a taster of the fun to come and loved leading my extra classes. Telling stories and sharing my experience of the wilderness with campers was wonderful and they all loved building and launching their rockets. After two weeks of camp everyone was shattered but the three week adventure camp was on the horizon and before long we were thrown back in again! Adventure camp proved to be just as challenging as the previous two and just as much fun, the extra third week also really enabled us to form closer bonds with campers.

Throughout the three camps I have been privileged to work in the community that shone bright and was always commented on by visitors, campers quickly felt at home and made the most of their time here with the incredible staff. As well as sharing my experiences with the campers it was wonderful to see them develop in activity areas, especially fishing where they weren’t quite sure what to expect at first but by the end of the week campers were pros and loved to fish! Another highlight for me was being shadowed by LIT’s in my activity areas, they worked hard, showed respect and never complained, it was fantastic to see the way they grew and developed over the five weeks they spent at camp and really showed themselves to be young leaders.

Finally, the most special thing I will take away from camp is the bonds I formed with staff members and campers, sharing our lives with one another, working together and supporting each other really bought the camp community together and I am very sad to be leaving Camp DeWolfe 2015. 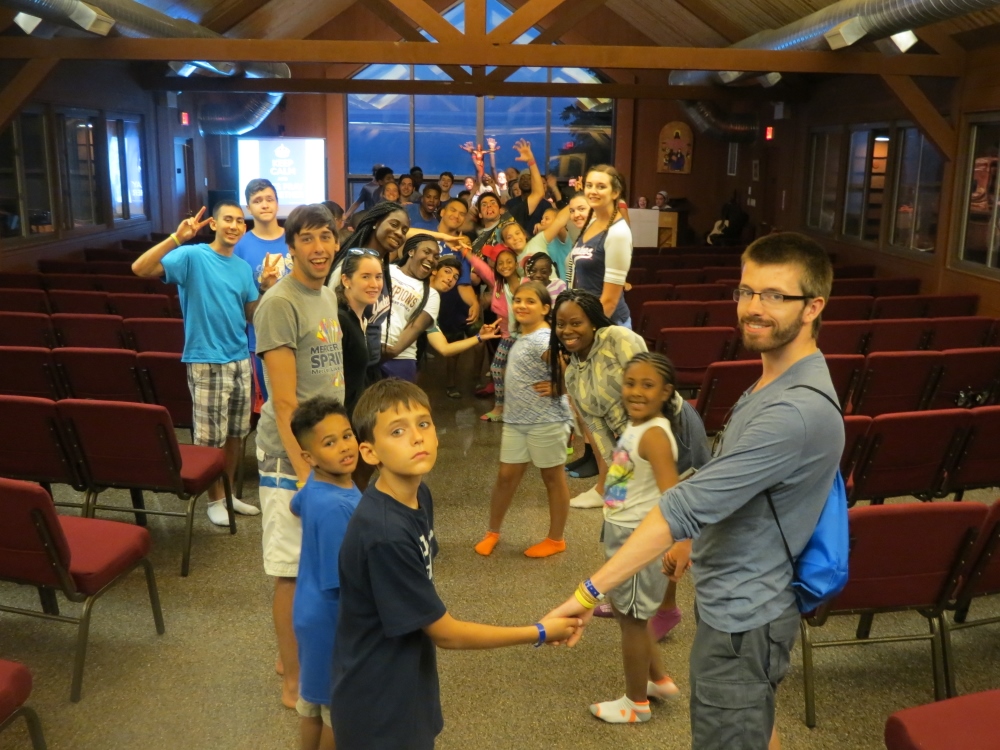