University adventures – thoughts from a graduate

When I went to university, I thought to myself that I only had 4 years at university, therefore I was going to at least try a few things that were out of my comfort zone, just to be adventurous! So my first year I joined the volleyball society, because I wanted to learn to play volleyball, as it looked so much fun and it was fun! Though I think a lot of people had the same idea as me so there was a massive turnout. This meant I got to meet a lot more new people, but not much volleyball got done! But I do now have an idea of how it’s done at least!

My second year of university I picked it up a notch, I decided I would go to a lot of taster events, which would allow me to pick what I would then be doing that year. I went to rowing, rock climbing, belly dancing and dance. I ended up doing rock climbing and dance which I absolutely enjoyed. I also applied for Camp America which allowed me the opportunity to become part of the Camp DeWolfe family of which is a blessing. Looking back now, I think that was my best year for trying new things.

This year I joined the investment society, which was good, but I think the best new thing I did this year I actually chose last year. As I was studying Business Management and Accounting and Finance, at the end of second year, I was asked to choose between two modules of which were marketing and economic development. I thought I knew what marketing involved, because I had done it at sixth form college, so I wanted to do something that was different, which is why I chose economic development.

Economic development was my favorite module this year, I got to learn a lot about developing economies its effects on the world in regards to trade, happiness and generally people’s well-being across different nations. It wasn’t what I expected the module to be about, because in my first year we did a module on economics, so I thought it was going to be about supply and demand. But it wasn’t what I expected at all. I think I liked what it stands for and what I think it wants to achieve which is the improvement of people’s lives in every aspect of their lives and not just economically.

I learned a lot at university and not just in my seminars and lectures, but also in the extracurricular activities of which I took very seriously. I learned about myself, that I am a person who enjoys new experiences in general because before university, I only restricted myself to trying new food. I would make it a point to eat something I had never had before when I went into a restaurant so that was as adventurous as I got but now, I see there is more ground to explore!

I also faced some challenges in this past year of which have reminded me how short life is and how our time together on this earth is not something that we have in spades. It has shown me to cherish the time that I have with the people in my life and to enjoy each moment with each other. I have also learned that there is joy in the arguments and disagreements and the bad times, because even then, we are given opportunities. I have found in my life that in some of those bad times, you look back, and remember those times with joy and laughter and not because the issues going on in those bad times are funny but because, it all seems so trivial in the balance of things.

I thank God for giving me the opportunity to go to university, as I realize that for some, it only a wish. I thank God for wonderful people I got to meet and the friends I got to make and the experiences I got to have and just for being present every step of the way even when I myself wasn’t paying attention. I think that God has a way of making things happen and as I step into the next chapter of my life, I know that I am not alone and that God is always there and he has put people in my life who will stand and experience this adventure we call life with me and for that I will be eternally grateful. 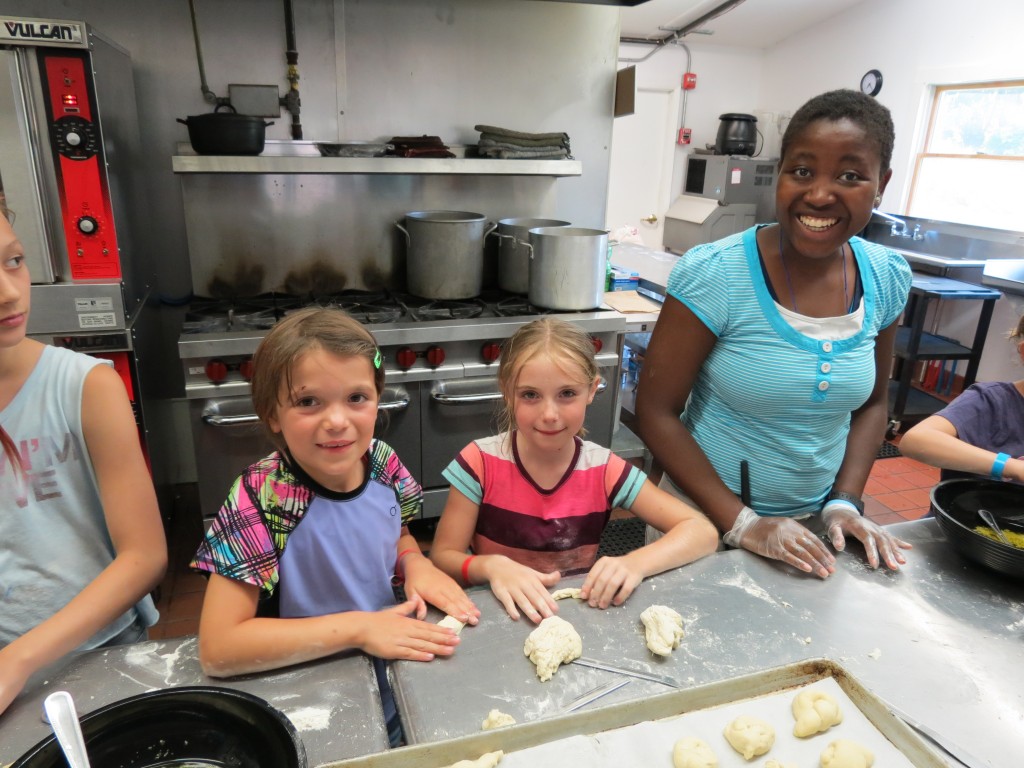 Karen and her baking class